Just recently found out that former CKWX personality Cal George died in Penticton in late July at 96. Cal was a decent man who had a long and varied career. He was the epitome of a gentleman. 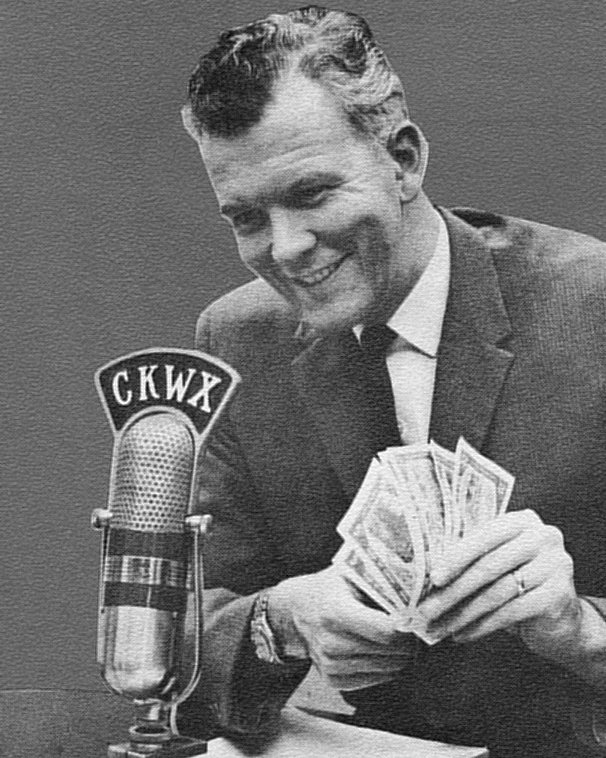 Cal was from the old school of radio announcers, hosting quiz shows at the old CKWX studios on Seymour Street. I first met Cal on the front steps of the new CKWX studios on Burrard Street April 1, 1957. That’s him on the far right. 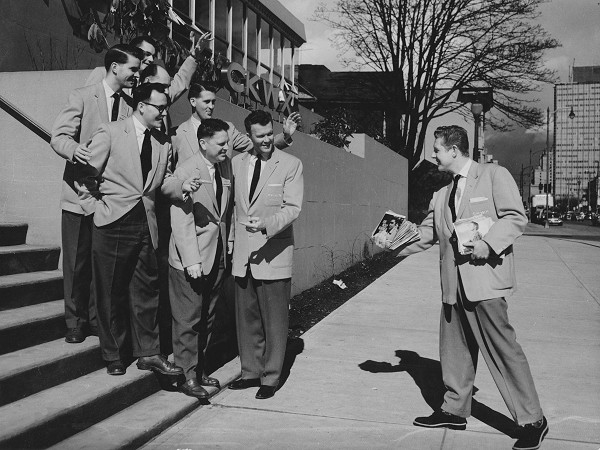 He was always in demand. Okanagan Radio offered him the morning show on CKOK/Penticton in 1970. Cal was in the Penticton Rotary club for some 20 years and president in 1975. He retired from CKOK in 1988. Cal met his wife Bernie in Vancouver, and when she died four years ago her ashes were spread on Skaha Lake. After Bernie’s death Cal moved into a retirement home in Penticton. Cal’s ashes will also be spread on the waters of Skaha Lake next weekend. If you’d like more details please contact Cal’s old friend Bill Binfet at 250 492 0705.

My thanks to Bill, old CISL buddy Gerry O’Day, and former CKOK General Manager Ken Davis for filling in the details on Cal’s life in the Okanagan. Happy trails old friend!

September 7, 2017
People Comments are closed Red Robinson
← Be There… Or Be Square! Glen Campbell Interview, 1976 →