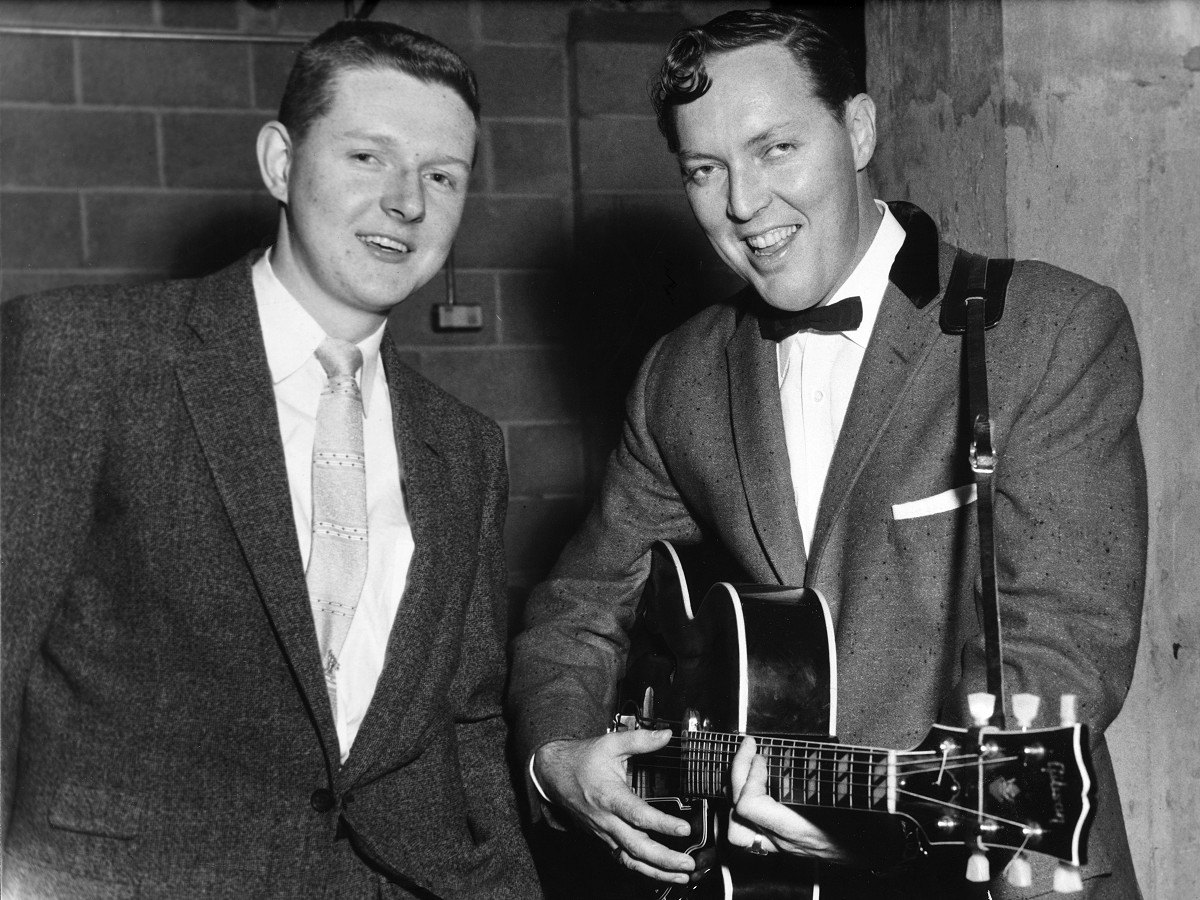 Let’s turn back the hands of time to exactly 62 years ago… today! Bill Haley And His Comets came to Vancouver on this day in 1956 and 6,000 kids packed the Kerrisdale Arena for the first rock concert in our history. (video courtesy lisa g nielsen)

CKNW deejay Jack Cullen was the sponsor, along with clothier Murray Goldman. I was the emcee and the opening act was Les Vogt and the Prowlers, Cullen’s house band named for his radio program The Owl Prowl. Bill Haley’s appearance cemented the Rock’n’Roll craze once and for all. Bruce Allen was an 11 year old kid in the audience and he has never forgotten the influence it had on him.

Haley told me that despite his success, he was on his way out and that a kid they called The Hillbilly Cat, Elvis Presley, was going to wear his crown. I met up with Bill once again in 1967 at the Marco Polo restaurant where he gave one of the best interviews I’ve had with any recording star. Here’s a sample, from my Soundcloud channel Red Robinson’s Legends:

Bill Haley was articulate about this music and music in general. Almost forgotten in this day and age, but in a historic sense he was the Granddaddy of rock and roll, and a real gentleman.